QLF provided the casework, console, structure, wind system, expression boxes, and expression fronts for this instrument, and installed the instrument.
A CNC router is utilized extensively in the production and QLF has been an early adopter of the CNC process in the organ components industry. Most of the machined organ components are made out of solid wood or plywood, most commonly Baltic Birch. Much of the CNC machining done at QLF is 2.5D in nature, but they are finding new excitement in full 3D contour machining, such as a complex crown molding and a toe piston sweep (see below) that was recently machined and produced beautiful results. The possibilities are becoming endless. 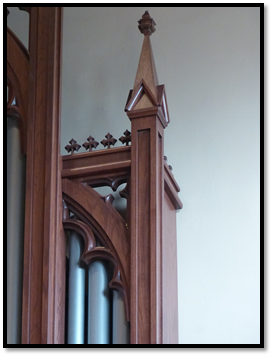 Casework detail of the Antiphonal organ. QLF was contracted to provide the casework for the instrument.
Currently, QLF uses Vectorworks for modeling their parts and then translates their geometry models through DXF/DWG translation (mostly for 2D models) and through IGES (for 3D models) to the VisualCAD system, which is then CAM programmed using VisualCAD/CAM. In their shop, QLF runs a 5′ x 10′ gantry mill controlled by the Ability Systems G Code Controller on a PC, which is connected to the machine via the printer port. This has served them well for many years.
Jeremy Quigley, shop manager at QLF, made the point that 3D modeling and using CAM software to generate tool paths to shape the part on their CNC have become a tremendous productivity advantage. In one hour, the CNC machine can produce what used to take two days using traditional methods. The results are very impressive and all they have to do after the machining is some sanding.
When asked what strength first came to mind concerning the MecSoft VisualCAD/CAM product, Thomas Rohlfs, the operations manager, replied with the following, “The quality of the software has a lot to do with the support that you get as a user, and I must say that I’ve been really happy with MecSoft in that regard. They’ve always gotten back to me with problems that we have had. I’m very happy with the support and response that we have had from MecSoft. We also really like the way that the tool path is displayed and the instant visual feedback of any changes of the parameters applied. We also like that the software doesn’t cost $10,000. We would always recommend the MecSoft product.” 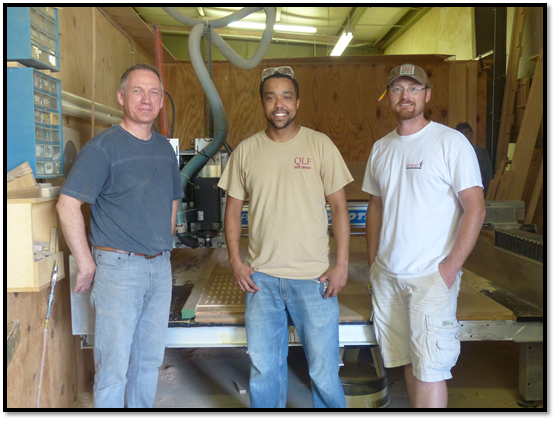 From left to right: Thomas Rohlfs, Lance Board who does most of the programming and machining at QLF, and Jeremy Quigley.
Below are some pictures of CNC setups at QLF and the finished parts made at QLF. 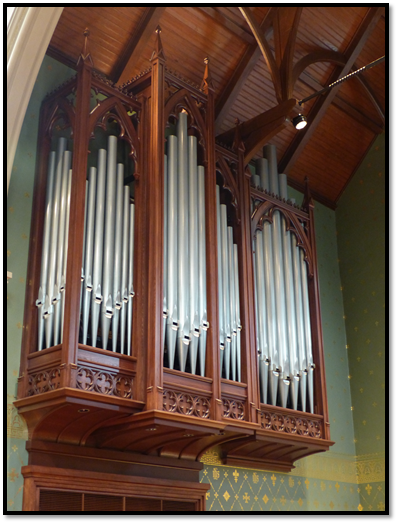 Part of the main organ. All of the exterior casework was provided and installed by QLF. Some engineering and design work was necessary, liaising between the organ builder and the liturgical designer who provided the design drawings for the casework. 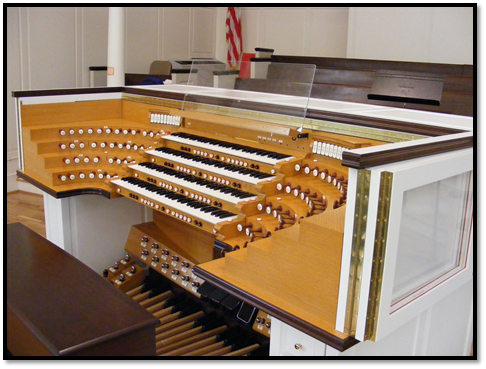 QLF designed and built this complete organ console. The casework was designed to complement the interior woodwork. The CNC was extensively used for the interior of the console as seen in the curved Walnut molding, curved stop jambs (where the organist pulls the stops), and the key cheeks (to the left and right of the keyboards).

QLF upgraded most of their major machines to Martin woodworking machinery. This made a marked difference in terms of efficiency and accuracy. Along with an industrial Maka mortiser and the CNC router they build organ cases and structures as tall as 40’. 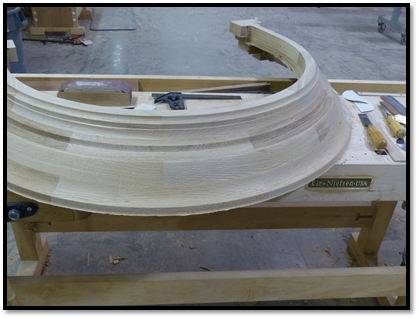 This component created some serious head scratching and encouraged QLF to purchase VisualCAD/CAM at the beginning of 2014. Software that was used in the past was seriously outdated and cumbersome. Running a blank in Poplar first, they had to tweak the model somewhat and adapt the machining strategy to the size of the part in the process, as both the software and machine were pushed to the limit. 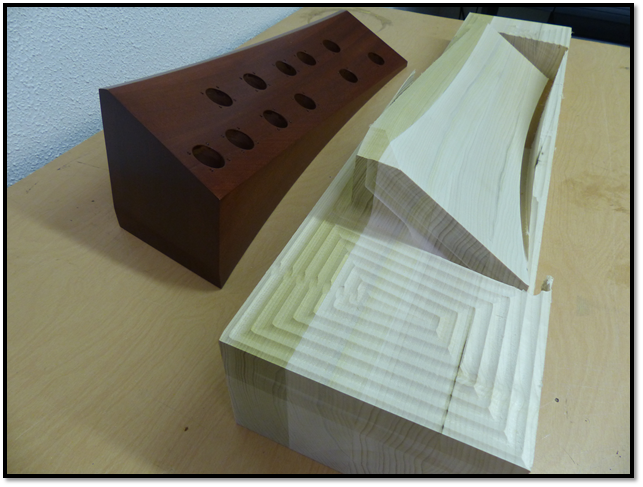 This toe piston sweep used to be hand-shaped. VisualCAD/CAM 2014 enables QLF to produce this blank in a fraction of the time that it used to take. One of these sweeps can be seen in the console photo in front of the pedal keyboard
. 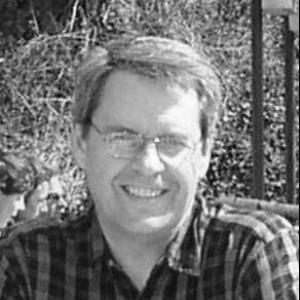 Scott is International Sales Manager for MecSoft Corporation. Before joining MecSoft in 2011, Scott worked for Siemens PLM, and has several decades of experience in the machining industry. Scott has a very strong technical background as well as outstanding people skills which makes him perfect for managing MecSoft’s international resellers & partners.
PrevPreviousFirst Access to RhinoCAM from Philipp Außem, Trainee at ehlersdesign in Munich, Germany
NextRhinoFabStudio: Making Skateboards Using RhinoCAMNext