Scott Crawford of LMN Architects uses Rhino Grasshopper and MecSoft’s RhinoCAM to create an artistic lamp shade. Each section of the lamp shade contains similar curve patterns generated in Grasshopper and then RhinoCAM was used to generate 2-1/2 axis engraving tool paths to create this decorative pattern. 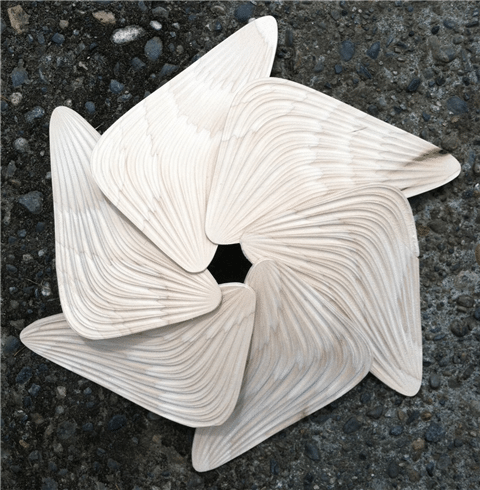 This is one of many projects by LMN Architects. View our case study to see more projects from LMN.

George Loschky, Judsen Marquardt and John Nesholm founded LMN in 1979. Their shared vision for the firm was a focus on community projects. They were inspired by the potential for projects in the public realm to contribute to society by enhancing their communities and developing a vision for a vibrant future for our cities. To this day, LMN’s distinctive cultural arts venues, convention centers, higher education facilities and transit stations enrich civic life throughout the United States and beyond.