AirMotive Specialties, Inc. (Salinas, CA) uses their 12×6 foot ShopSabre CNC to machine aircraft components and dies from 2½ and 3 Axis toolpaths generated using RhinoCAM. AirMotive specializes in the restoration of vintage WWII-era aircraft such as the P51 Mustang Fighter aircraft and the Beechcraft AT-11 trainer aircraft. In the example below, the Aft Spar to Skin supports for the P51 are shown drawn in Rhino 5, toolpaths generated in RhinoCAM 2016, and machined on their ShopSabre CNC. You can also see the final components shown inset on the upper right.

In the second image below, a vacuum form die is being machined for the Beechcraft AT-11 out of high-density MDF.

Main Image: 3 Axis Parallel Finishing toolpaths for a front canopy section of the Beechcraft AT-11 training aircraft is shown being simulated in RhinoCAM using a ½ Inch Ball mill with a 15% (0.0075) step over. Right Top: An actual WWII-era image of the Beechcraft AT-11 with the front canopy indicated (historic image courtesy of Wikipedia and Beechcraft Corporation). Right Bottom: The vacuum form die is being machined on the ShopSabre CNC machine from 36×36 laminated sections of High-Density MDF.

All Aboard! VisualCAM Used to Replicate Historical British Locomotive

With the help of VisualCAM software, engineer Roger Froud of Amytech (UK) Ltd. is building his very own scale (1:11.3) working replica of the famous British Railway Systems Locomotive 1501.

The original locomotive now residing at the Severn Valley Railway, is a Hawksworth design 0-6-0PT tank engine built in 1949. 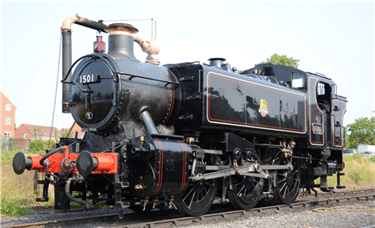 This IS NOT a model kit! Roger uses VisualCAM software to machine the components needed in his working scale replica based on the actual 1940s designs. The images shown below show the Safety Valve and Top Feed components. The valve sits on the top of the boiler and also provides a route into the boiler for the feed water. The two flanges on the sides are where the water is fed in from the non-return valves that are bolted to it. There are two copper pipes inside the boiler that take this water to the front of the boiler and away from the hottest parts so that cold water doesn’t end up being ejected when the safety valves blow!

“What’s interesting is that the physics of the 1501 Steam Engine does not scale, so you have to make very significant changes to the boiler design. There are approximately ten times as many tubes in a full sized boiler. Also, scale fittings and bolts become too small in some cases to be practical, so changes have to be made to hide the fact that some of the bolts are mockups. This is all part of the fun of doing it!”

The Severn Valley Railway is a full-size standard-gauge railway line, running regular, mainly steam-hauled, passenger trains between Kidderminster in Worcestershire and Bridgnorth in Shropshire, a distance of approximately sixteen miles.

Here are some additional images of components of the 1501 Steam Engine replica created with the help of VisualCAM.

These images were sent in by our friends at MarineSoft L.A. who are Rhino and RhinoCAM resellers in Sweden. Per Målare of Nordåkers specialsnickeri custom built their own 2½-5 Axis CNC machine and uses RhinoCAM to cut parts on it! The 5 Axis machine uses LinuxCNC and has a rotating head plus a rotating axis on the table. Nice! 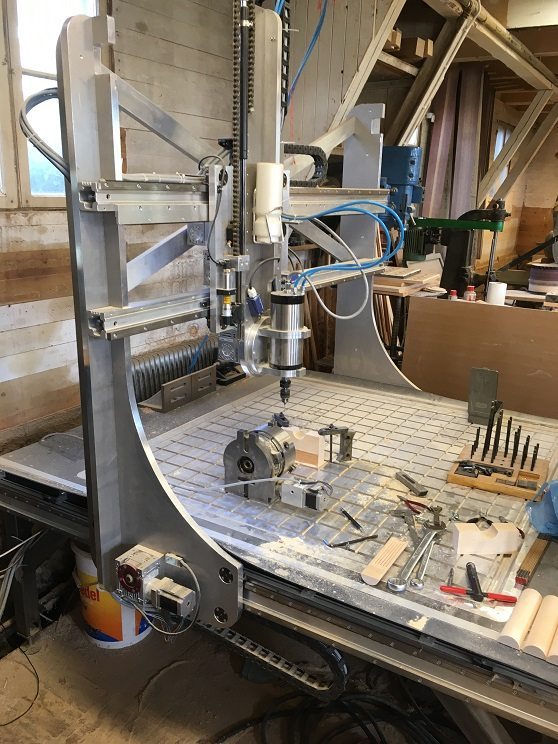 Image 1: Custom made 5 Axis CNC machine designed and assembled by Per Målare of Nordåkers specialsnickeri

Image 2: Custom made 5 Axis CNC machine designed and assembled by Per Målare of Nordåkers specialsnickeri

Per Målare’s custom built 5 Axis CNC machine also supports the 3 Axis and 4 Axis capabilities of RhinoCAM as shown in the images below.

Additional RhinoCAM Projects from Per Målare

In this strategy, the toolpath flows onto the SOLIDWORKS part surfaces by following a selected drive curve. Lead/Lag and Tilt parameters provide additional controls over the cutter’s orientation relative to the part. Lead/Lag Angle controls the tool axis along the direction of travel while Tilt Angle controls the tool axis direction normal to the direction of travel. Other Cutting Parameters include Cut Type (Along or Across), Cut Traversal (Zig or ZigZag), Stepover and Tool Tip Control (the ability axially move the computed tool’s tip).

VisualCAM for SOLIDWORKS is shown simulating a continuous 5 Axis “Flow Curve” machining operation on a snow ski core insert design. In this operation, the cutter “flows” onto the part surfaces while following the direction of a selected drive curve. (Inset Top) A similar part is shown being cut on the table of the ShopBot 5 Axis CNC center. Courtesy of Moore Brothers Manufacturing, Warren RI.

Watch a simulation of the 5 Axis “Flow Curve” below:

For more information about brothers Oliver and Samuel Moore and Moore Brothers Company, we recommend you visit their Facebook page.